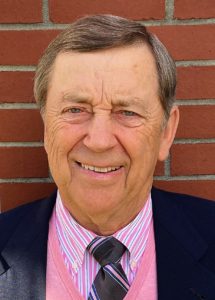 When William Booth became the Hartselle baseball coach in 1988 it didn’t take the program long to reach new heights. The Tigers won their first state championship in 1990. Since that first championship season, Hartselle has won seven more state titles and had four runner-up finishes going into the 2022 season. The success has created a well-used path for players to follow to college and the professional ranks. Booth entered the 2022 season as the state’s winningest high school baseball coach with a career record of 1,106-493. He was inducted into the Alabama High School Sports Hall of Fame in 2018. 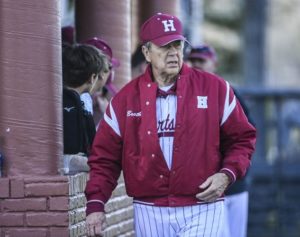 One of the hallmarks of William Booth’s coaching career at Hartselle is how he has been responsible for many rule changes in high school baseball in Alabama.

There have been quite a few over the last 34 years. Booth proudly calls them “Booth Rules.”

Recently, there was another “Booth Rule” created that has everything to do with the Hartselle coach, but not necessarily anything to do with what happens on the baseball field. It was a rule change for the Morgan County Sports Hall of Fame.

In 1988 when the Morgan County Sports Hall of Fame was created, the bylaws stated that coaches had to be retired before they could be inducted. That made sense at the time, but no one in 1988 could have imagined a coaching career like Booth’s. He’s still going strong at age 78. Not even a successful battle vs. cancer last season could slow him down.

So the Morgan County Sports Hall of Fame created its own “Booth Rule.” Now active coaches can be inducted at the age of 60. When Booth was 60 he still had two state championships left to come. 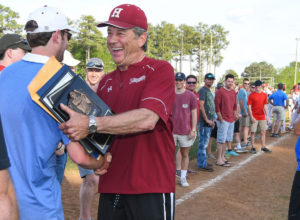 “I was 42-years-old when I became the baseball coach at Hartselle,” Booth said. “There’s no way I could have dreamed of winning so many state championships, coming anywhere near 1,000 wins or being inducted into something like this hall of fame.”

The story of how Booth became the Hartselle baseball coach could be called the “Accidental Baseball Coach.” He had already been at the school for two decades as a math teacher when the school had an opening for a baseball coach.

Booth had an interest in 1988 because his son Mason would soon be part of the program. Mason Booth and his friends had won two youth baseball state championships with his father serving as head coach.

It was Hartselle principal J.P. Cain who convinced Booth to be the next head coach.

“I said I would try it for two years,” Booth said. “I wanted a way to get out, if it didn’t work. But I knew it would work out. There was just too much talent for us not to be good. When we went 27-4 in our second season, I was hooked.”

Clift Knight covered every happening in Hartselle for many years with the Hartselle Enquirer. He was there when Booth’s classroom expanded to include the baseball field.

“Coach Booth was already well established as a math teacher,” Knight said. “When he took over the baseball program, I don’t think anyone doubted he would be a success.

“It’s just that no one could see far enough down the road to see just how successful the baseball program would become. He’s always been ahead of the curve when it comes to coaching baseball in Alabama.”

It can be demanding and time consuming, but the success speaks for itself.

“Coach Booth really developed the ‘process for success’ long before Coach (Nick) Saban ever came to Alabama,” Knight said. “It starts with the youth camps. He can measure talent in kids when they are young.  The program’s success has attracted a lot of talent. He’s rode a good horse for a long time.”

Booth’s expectations to be the best possible has his teams playing the best teams not only in the state, but the best in the Southeast and even around the country. He loves to see his players strive for the highest levels of success on the field and in the classroom.

The push for excellence has set a standard for Hartselle City Schools in athletics and academics.

“Coach Booth has been a big part of Hartselle City Schools in many roles for over 50 years,” Superintendent Dr. Dee Dee Jones said. “The high expectations he has for his baseball team have helped create a level of high expectations in everything we do with our school system.”

“People used to call Hartselle a football town or maybe even a basketball town,” Knight said. “Coach Booth changed that with baseball. Hartselle is now known as a sports town that loves to win state championships.”