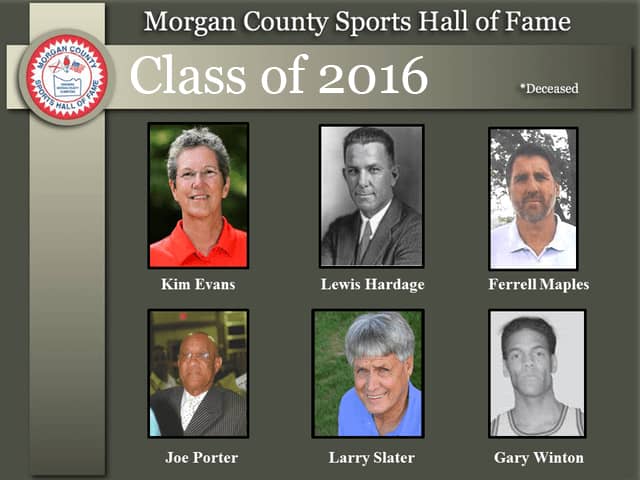 The 1976 Decatur High graduate lettered in golf for four years at Auburn University. She became the Auburn women's golf coach in 1994. In 21 seasons, her teams won eight Southeastern Conference championships, made 20 NCAA Regional appearances and had seven Top 10 finishes in 14 NCAA appearances. The five-time Regional Coach of the Year was named the National Golf Coaches Association Coach of the Year in 2002. She was inducted into the National Golf Coaches Hall of Fame in 2008
Read full article The running back from Decatur starred on Coach Mike Donahue's 1908 Auburn football team that went 6-1 and shared the Southern Intercollegiate Athletic Association championship with LSU. Hardage transferred to Vanderbilt and was team captain on the 1912 team that went 8-1-1 and led the country in scoring. He was named third-team halfback on Walter Camp's All-America team. From 1932-1934, Hardage was head football coach at Oklahoma. He was head baseball coach at Florida from 1937-1939. The Birmingham Post-Herald selected Maples as the Class 2A Player of the Year in 1967 when he averaged 20 points and 15 rebounds a game for the Priceville Bulldogs coached by Herman Myers. Maples was a sophomore reserve on Priceville's 1965 2A state championship team. He played four seasons at Athens College. In his freshman season, Athens College advanced to the NAIA national tournament. Maples was a long-time teacher and coach at West Morgan, Falkville and Brewer High Schools - all in Morgan County, Alabama. After starring in baseball, football, basketball and track at Decatur Negro High, Porter continued to be a fixture on the city's sports scene. He was one of the original members of the famous Decatur Rough Riders semi-pro football team that went 66-2 in seven seasons. He also played semi-pro baseball for the celebrated Decatur Nationals. In his later years he became a star on the softball diamond before ending his playing days at the age of 68.
Read full article The Cotaco native has been a huge advocate for female sports in Alabama. Slater was instrumental in starting the girls youth basketball program in Hartselle. He coached the Pell City girls basketball team to the 1988 5A state championship. Slater coached women's basketball at Wallace State Community College in Hanceville from 1989-2011 and posted a 479-163 record. His teams won six state championships and made four appearances in the national tournament. The All-State player from Cotaco starred on Brewer's first basketball team in the 1972-1973 season. That team, coached by Wally Sanders, advanced to the Class 3A state tournament. Winton continued his career at the United States Military Academy where he was coaching great Mike Krzyzewski's first All-American. In 105 games for Army, he had double figures in scoring and rebounding in 71 games. Winton was inducted into the Army Sports Hall of Fame in 2005. Army retired his number "50" in 2015.