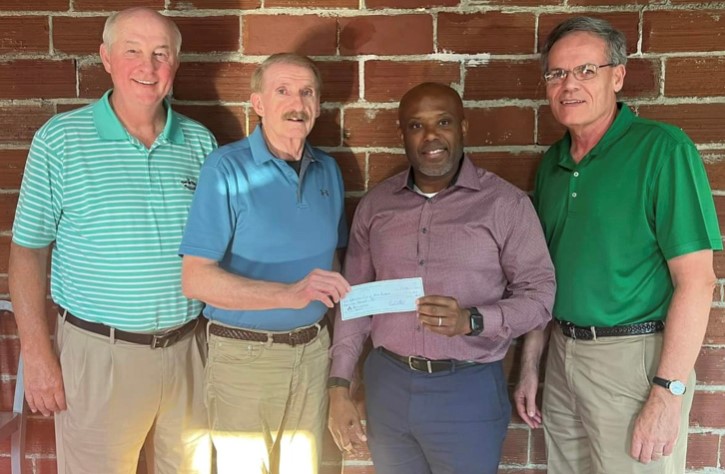 Boys & Girls Club of North Alabama CEO Patrick Wynn, third from left, receives a check from the Morgan County Sports Hall of Fame for $32,000. The donation comes from proceeds through the Hall of Fame golf tournament and banquet. It pushes the total number of donations since the Hall of Fame began in 1989 to $500,000. Presenting the check are board members, from left, Judge Glenn Thompson, Phil Garrison and David Elwell.