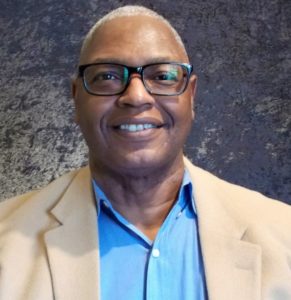 Larry Tucker was a two-sport star at West Morgan in the 1970s. He played end and linebacker on the 1972 West Morgan football team that went 11-1 and advanced to the semifinals of the Class 2A state playoffs. In his senior football season in 1973, Tucker earned All-State honors. The 6-foot-5 Tucker also dominated on the basketball floor. Tucker’s junior season at West Morgan ended with the team advancing to the state tournament before falling in the finals. His play earned him All-Tournament honors. Tucker went on to star in basketball at Calhoun Community College and Athens State College.

Larry Tucker starred in both football and basketball

Even after all that time, Tucker is still considered one of the school’s greatest athletes.

The real question is which was his best sport?

Was it football, where he was an All-State selection in 1973 playing end and linebacker?

Or was it basketball, where he earned All-Tournament honors in 1973 for leading West Morgan to the Class 2A state championship game?

“I was fortunate to play with some great teammates and play for some great coaches.”

By the time the Tucker graduated from West Morgan in 1974, he had lettered four years in basketball and three years in football.

“I grew up in a house that was on a country road that’s now the Beltline,” Tucker said. “Where my house was is now across the Beltline from Logan’s. The kids in our neighborhood would gather and play football in the field where Logan’s is now.

“One day we were playing a game and one of the guys said I was flying around like an arrowhead. So they started calling me ‘Arrowhead.’ Eventually it got shortened to ‘Head.’ Even some of my own family calls me that today.”

The history of West Morgan football dates back to 1966. The program had two winless seasons followed by back-to-back four-win seasons. The first winning season came in 1970 with a 7-3 record.

Then a young coach named Jackie Ferguson came to West Morgan. It would be his first season as a head coach and the start of a Hall of Fame career.

“That was back in the day when Alabama ran the Wishbone (triple option offense) and lot of high schools in the state ran the same offense. Everybody wanted to copy Alabama,” Tucker said. “Our offense was basically three yards and a cloud of dust. There were a lot of games where I was just a decoy.

“Then Jeff Farley moved to West Morgan and it changed. Jeff could throw the ball and I could catch it.  Coach Ferguson decided he needed to take advantage. We started throwing the ball more, but nothing like they do now.”

The 6-foot-5 Tucker wore No. 42 in honor of his favorite NFL player Paul Warfield, who was a speedy receiver for the Miami Dolphins and almost impossible to cover. That was a pretty good description of Tucker.

“Nobody could cover Larry,” teammate Barry Rabon said. “He was the fastest player on our team and he had that great leaping ability.” 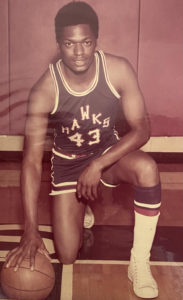 Tucker also starred on defense at linebacker. He lined up at inside linebacker, but made tackles from sideline to sideline.

“We lined up next to each other at linebacker,” Rabon said. “When we wanted to rush the quarterback, my job was to occupy at least two linemen so Larry could break through.

“Larry was so fast that the quarterback didn’t have time to throw the ball. If he could throw the ball, Larry would jump up and knock it down.”

After a 7-3 record in Ferguson’s first season in 1971, West Morgan went undefeated during the 1972 regular season. After a first-round playoff win over Falkville, the season ended with a 14-10 loss in the semifinals to Cordova.

The next year, West Morgan went 7-2-1 in Tucker’s senior season but failed to make the playoffs. Tucker and Farley were both All-State selections.

“One game I really remember in our senior season was at Moulton,” Rabon said. “They went ahead 14-7 late in the game. It looked like a sure loss, but Larry, who always returned kicks, ran the kickoff all the way back for a touchdown. The game ended in a tie, but we sure were happy that Larry saved us from a loss.”

West Morgan’s football success in 1972 would be topped by the school’s basketball team in 1973. Tucker was huge part of that success. He was standout on the court in a season when Morgan County had many great players.

Morgan County has always had great basketball talent, but the early 1970s was an exceptional time.  The Daily’s All-Morgan County team was loaded with seniors like Austin’s Billy “Dog” Sandifer and Rickie Stukes, Brewer’s Gary Winton and Ricky Lenox, Decatur’s Johnny Berzett and Robby Tweedy, Danville’s Randy Lewis and Hartselle’s Horace Hoult. The only juniors on the team were Tucker and Falkville’s Randy Nelson.

In 1973, West Morgan under head coach Jackie Coulter advanced all the way to the state tournament in Tuscaloosa. It took three wins to take home the state championship trophy in those days. West Morgan opened with a 74-69 win over Madison County. Then it was a 73-72 victory over J.F. Shields in the semifinals.

The emotion of two tight wins may have been too much to overcome in the finals where St. Jude won big, 64-45.

“That was disappointing.  We just knew we were going to win,” Tucker said. “We had a really good team. We beat Austin once during the season and they went on to win the Class 4A state championship.”

Tucker was named to the All-Tournament team along with teammate Jimmy Thomas.

After high school, basketball became Tucker’s single sport. He would star at Calhoun and Athens State averaging double figures in points and rebounds in all four seasons.

“I got to play for two great college coaches in Coach (Bob) Shuttleworth at Calhoun and Coach (Oba) Belcher at Athens State,” Tucker said. “They were both great at teaching the game.”