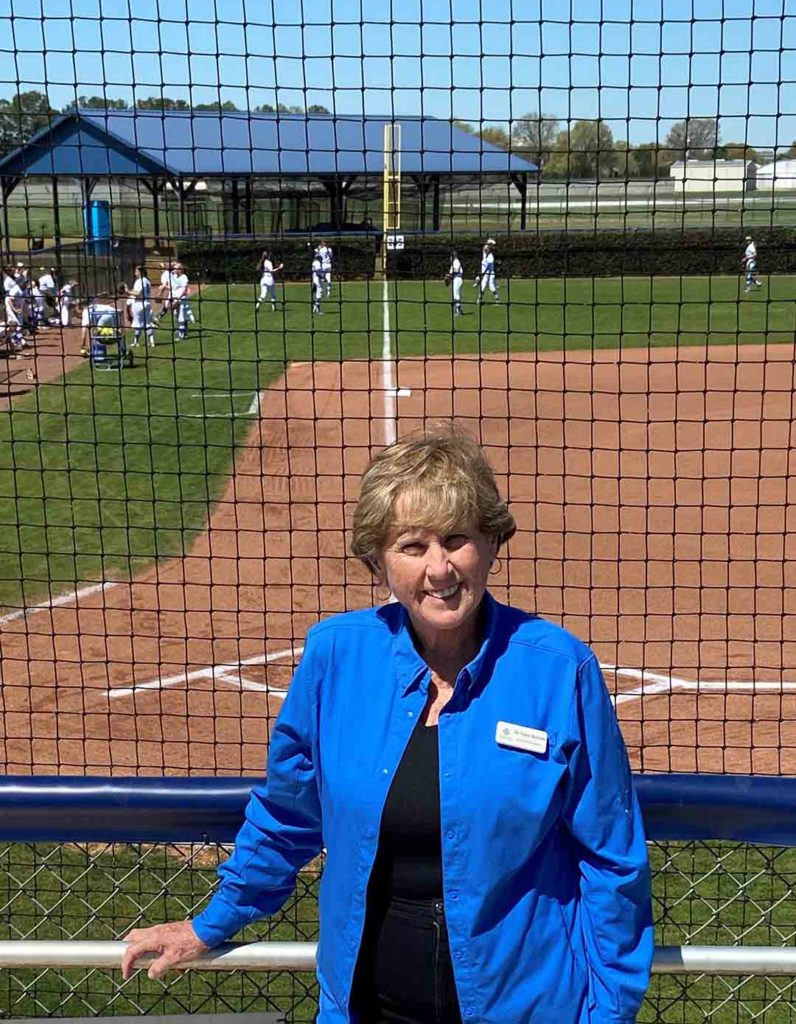 Whenever Nancy Keenum can find the time in her busy schedule, she likes to ride her bike.

She travels the roads in Morgan County and has been known to venture out on longer trips on paths like the Ladiga Trail that covers 34 miles in the east side of the state near Jacksonville.

The Ladiga Trail doesn’t begin to equal the distance she’s covered in an athletic career that spans 32 years at Calhoun Community College and is still going strong.

Keenum will be inducted into the Morgan County Sports Hall of Fame on May 1.

The Trinity native remembers a time when there were zero high school sports for females. She’s had a big role in the amazing growth of female sports in the last 50 years.

“When I graduated from West Morgan in 1975, the only sort of team for a female was the school band,” Keenum said. “All the athletic girls were in the band.

Athletics had always been a huge part of Keenum’s life. Her older brother Larry was a star baseball player at West Morgan, Calhoun and the University of Alabama. He was inducted into the Morgan County Sports Hall of Fame in 2007.

Their father, Arthur “Mojo” Keenum, was a leader in the youth sports programs in Trinity. The baseball field at West Morgan bears his name. He died of cancer in 1973 at age 44.

“I was just 16 and boy did that change my life,” Keenum said. “One day the two of us were throwing a ball in the front yard. A couple of days later he goes to the hospital and never came home.”

The Federal law called Title IX changed the landscape for female athletics in the United States in 1972. It allows for no person to be subject to discrimination under any education program receiving Federal financial assistance. Its enactment meant high school athletics was no longer just a boys game.

“I think there were just a few high schools in the state that had started girls athletics when I graduated,” Keenum said. “My first day at Calhoun, I was in a basketball class with 12 other girls. On the second day, Coach (Bob) Shuttleworth came in to the room and said we were all on scholarship to be the school’s first girls basketball team.”

After two years at Calhoun, Keenum went to Alabama determined to be a coach. She volunteered to be a manager for the Crimson Tide volleyball team as a way to learn the game. She went to graduate school at North Alabama and helped with the volleyball program there. Later, she was the basketball coach at Judson College, an all-female college in Marion.

In 1983, she got the opportunity to join the athletic department at Calhoun. She coached tennis (three years), women’s basketball (nine years), slow-pitch softball (five years) and fast-pitch softball (14 years).

“There was a real learning curve when we went from slow-pitch to fast-pitch softball,” Keenum said. “It was a real challenge.”

After 36 years of coaching, Keenum decided to step back from the field in 2019. She was the school’s athletic director many of those years. Now, that’s a full-time job. Her office is the one formerly occupied by Shuttleworth, the man who introduced her to collegiate athletics.

“Sometimes I think I can still smell his pipe in here,” Keenum said. 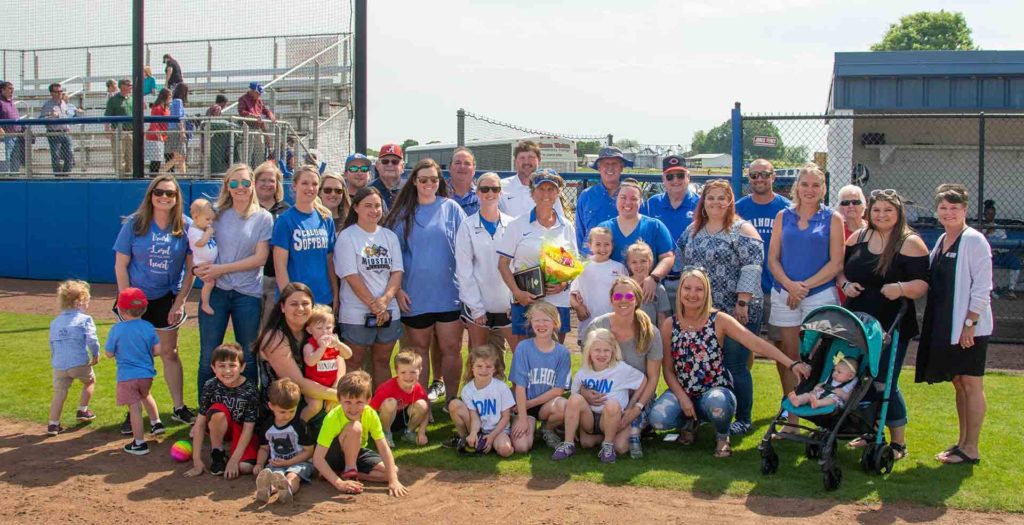 The office is decorated with memorabilia from her coaching career. Every team in every sport she has coached is represented. On one shelf is an autographed photo from the late Pat Summit. Keenum and Summit became friends through Tennessee’s basketball camp.

“I was coaching basketball and I wanted to learn from the best,” Keenum said. “I called and asked if I could come to the camp and just watch. They told me to come and help.”

In those days, Summit’s camps had 600 girls with a staff of 150 working at five different sites in and around Knoxville.

“She was passionate about the game and it rubbed off on everybody at the camp,” Keenum said. “Every second she was teaching the players and the staff. It was an honor to be a part of it for so many years.”

Keenum admits it is different being away from coaching after so many years, but she’s borrowed a phrase from a favorite doctor to deal with it.

“Dr. Seuss said ‘Don’t cry because it’s over, smile because it happened,’” Keenum said. “That’s how I look at it. I loved the opportunity to be a part of so many lives.”

One of those lives that Keenum touched is Hartselle softball coach Christy Ferguson, who played basketball at Calhoun in the early 1990s after her high school career at Falkville.

“Coach Keenum is a special lady,” Ferguson said. “I consider her a true pioneer of women’s athletics in North Alabama. She’s just a good down to earth person who has meant so much to so many.”