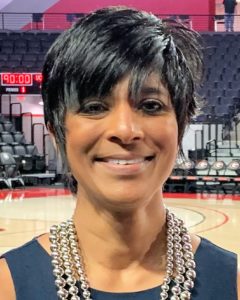 Christy Thomaskutty was a three-time All-State basketball player at Brewer from 1989-1992 while scoring 2,211 career points and averaging 20.5 points a game. She was a state Super Five selection in 1992 and Morgan County Tournament MVP in 1990. Thomaskutty went on to star at Tulane where she set many 3-point shooting records. She led the Green Wave to two NCAA Tournament appearances. In 1996, Thomaskutty was named the Arthur Ashe Jr. Sports Scholar-Athlete of the Year. She was head coach at Emory University for 14 years and won 187 games. In 2017, she began a career at ESPN. 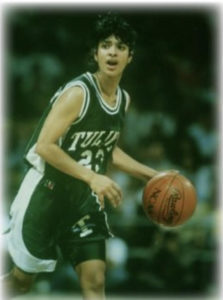 Ricky Allen has had a front row view of girls basketball in Morgan County since the sport was revived back in the late 1970s.

The former Brewer girls coach has seen some great players call Morgan County home. He ranks Decatur’s Yolanda Watkins as the best all-around player. He calls Hartselle’s Vickie Orr the best post player. Allen gives the title of best guard to one of his own in Christy Thomaskutty.

Watkins and Orr were inducted into the Morgan County Sports Hall of Fame in 2017. Thomaskutty joins them in the Class of 2022.

“This is an amazing honor. It’s something you never think about happening,” Thomaskutty said. “I can’t help but think about all of the people who have touched my life in so many ways over the years.”

Thomaskutty was first elected to be in the Hall of Fame Class of 2020. Her induction has been delayed to this year due to COVID concerns.

At first glance the 5-foot-6 Thomaskutty may not have looked like a player who could take over a basketball game, but that’s what she did at Brewer and later in college in Tulane. She had a super quick release on her 3-point shot that made her almost impossible to stop.

“One thing that made Christy such a great player was that she cared about her teammates,” Allen said. “She wanted everybody to be involved in the scoring.

“Christy is one of the few players that I ever told ‘we need you to shoot more.’ Instead of shooting eight times in a game we needed her to shoot 25 times. That’s what we had to do to win.”

Thomaskutty scored 2,211 career points and averaged 20.5 points a game. She was a three-time All-State selection and a Super Five selection in 1992. 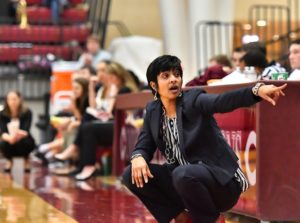 Timing can mean a lot in sports. That was the case with Thomaskutty. Her basketball career at Brewer coincided with Watkins’ career at Decatur. Both schools competed in Class 6A and both players graduated from high school in 1992. Watkins was the state’s Miss Basketball in 1992. She and teammate Shondra Fuller led Decatur to state championships in 1990, 1991 and 1992.

“Playing Decatur made Brewer better,” Thomaskutty said. “I would like to think that Brewer made Decatur better.”

The Brewer-Decatur battles were epic. One game that stands out was played when Thomaskutty and Watkins were seniors. It was at a packed gym at Brewer on Dec. 3, 1991.

“Decatur decided to start the second half with Yolanda covering Christy one-on-one,” Allen said.  “The first time Christy gets the ball she hits a 3 from way behind the line.”

After the Brewer win, the gym nearly emptied with the boys game still to be played. 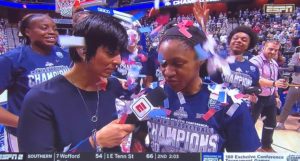 “We had some really good players before Christy came along, but she really put our program on a higher level,” Allen said. “Every college in the country knew about Brewer because of her.

“It was not unusual to have 10 Division I coaches in the stands at our games to watch her. I had Ivy League schools calling me asking about her. Something like that makes you feel pretty special.”

Several SEC schools, including Alabama and Auburn, scouted Thomaskutty, but her size and how she shot the 3 raised some question marks.

“My 3 was awkward. It was from the hip, but I had a quick release,” Thomaskutty said. “It worked in high school.”

It would also work in college. Thomaskutty signed with Tulane and had a fabulous career. She was one of the top 3-point field goal shooters in the country.

“My first day at practice in college I tried to go inside and learned not to try that again,” Thomaskutty said. “I had to shoot the 3 coming off screens for the next four years.”

It’s been 26 years since Thomaskutty played for the Green Wave. She still holds the school record for 3-point field goals attempted in a career (778) and made in a career (295). In the 1993-1994 season, Thomaskutty set school records with 98 3s in 245 attempts. In her career, she had two games with eight 3s made and two more games with seven 3s made.

When Tulane made its first NCAA Tournament appearance in 1995, Thomaskutty led her team with 23 points in an 87-72 loss to Texas Tech.

“My main skill was to be able to make myself into the player I was,” Thomaskutty said. “I could not play college basketball today. It’s just too physical.”

Thomaskutty was an assistant coach at Saint Louis University and Illinois State before becoming head coach at Emory University in 2003. She left Emory in 2017 to deal with a cancer scare. Later that year she joined ESPN as a college basketball analyst.

“I don’t miss coaching, but I do miss the teaching part of being a coach,” Thomaskutty said. “The main difference between what I do now and being a coach is that I can sleep after games.”